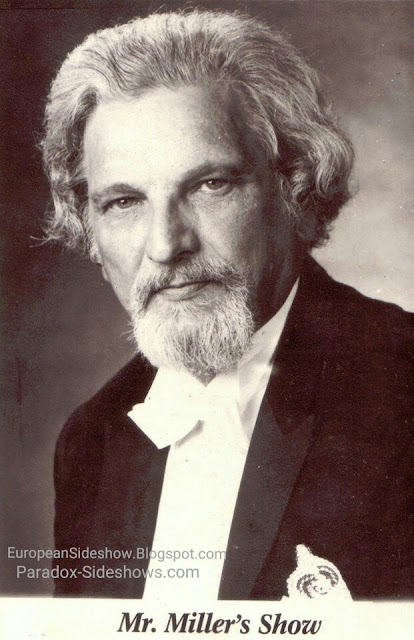 His Mister Miller's Show was well regarded and respected as a part of the post war European fairground scene. He toured with various versions of his shows until the mid-1990s.

Benno Miller was born 10 October, 1926 near Hamburg, Germany. Although his mother was German, his father was of English nationality.

His father, a barber by trade, hoped that his son would take over the family business. Benno was more interested in fairground entertainment. He began to work at the fairgrounds shortly after World War Two.

He worked with various fairground shows as a talker, notably Hamburg's Rasch family shows and the Mrs. Wittersheim show, which was well known as a part of Oktoberfest in Munich. 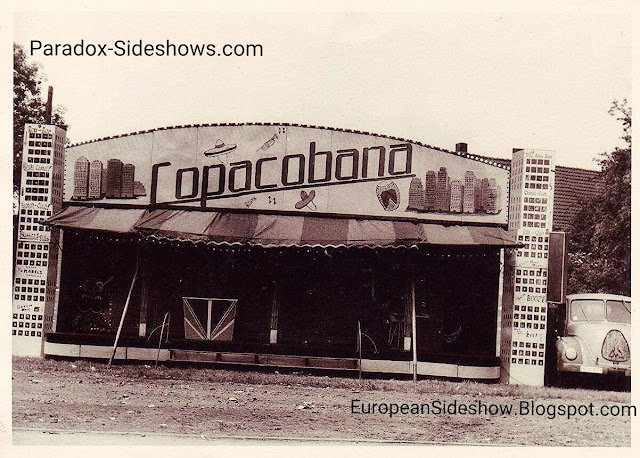 In the early 1950s he started his own show, the first was called Copacabana. After that, they were all known as Mister Miller's Show, regardless of the content or the structure.

One version was his now politically incorrect "Africa Show," which he ran in the late 1950s. This was a walk-through with an outside bally. After seeing performers on the outside stage patrons would make their way through a faux-jungle interior, populated by African performers.* 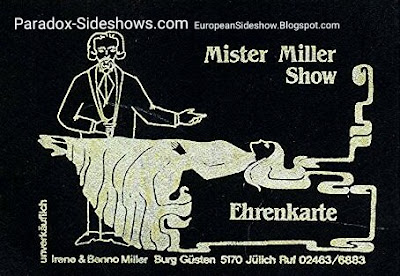 Miller's shows contained a mixture of variety and cabaret acts as well as lots of illusions. He presented fakirs, knife throwing acts, fire eaters, and at night burlesque acts. His illusions included girl to gorilla, a two-headed lady, a levitation, the zig-zag girl, the Hindu basket, and the witch barrel, which was a version of the Hindu basket with a woman dressed as a witch who would lose her clothes by the end. 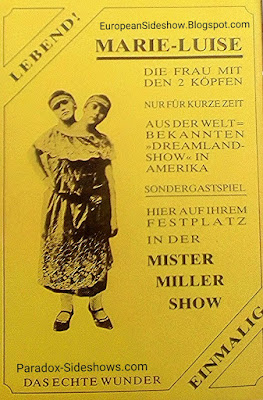 One memorable illusion was the disappearance of a small Italian car, which was perhaps most remarkable in that somehow he was able to have a car on a stage in a fairground theater.

A renowned part of Miller's shows was his mind reading act, which he performed with his wife, Irene, who performed under the stage name Frau Katja. 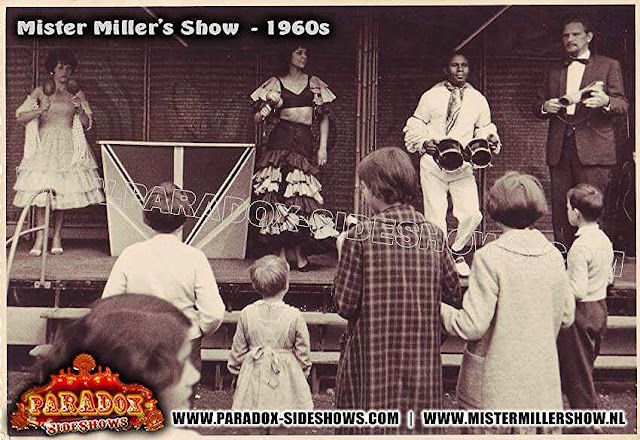 Miller toured with his various Mister Miller's Shows from the 1950s through the mid-1970s. 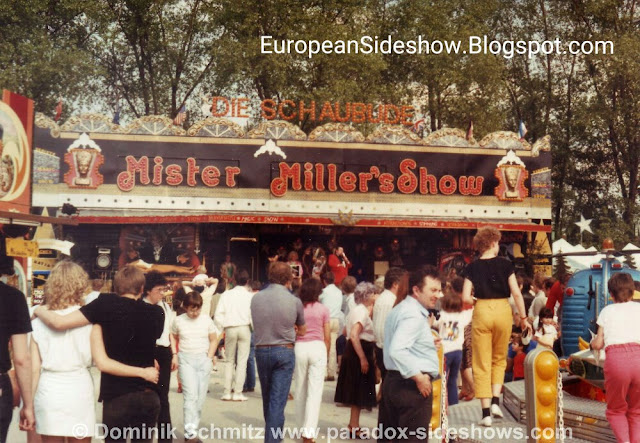 During a decade-long hiatus from fairground life, he operated a pub near Duren, Germany called Zum Maiblümche, (literally, To the May Flower).  Although no longer on the the road, his love for show life continued. His pub was decorated wild-west style and would sometimes feature exhibitions of  knife throwing -- sometimes planned, and sometimes drunken, spur-of-the-moment displays.

He built illusions in his backyard, sometimes performing them at his pub.  Zum Maiblümche  still exists as a restaurant, although in a different location and with no of indication of its former glory. 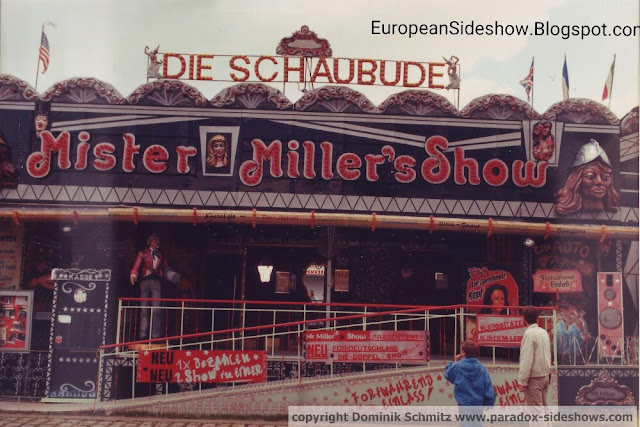 In the early 1980s, he put together a new Mister Miller's Show and went out on the fairground circuit again, returning to the showman lifestyle. During the 1980s and mid-1990s, his show appeared at the largest fairs in Germany and the Netherlands. He continued touring and performing until nearly the end of his life. 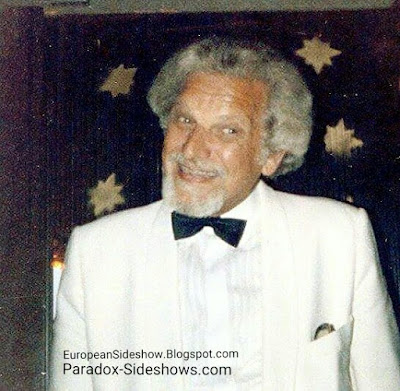 His show was the longest running fairground show in Germany, if not Europe.
He is missed by those who knew him as well as the patrons of his legendary shows. 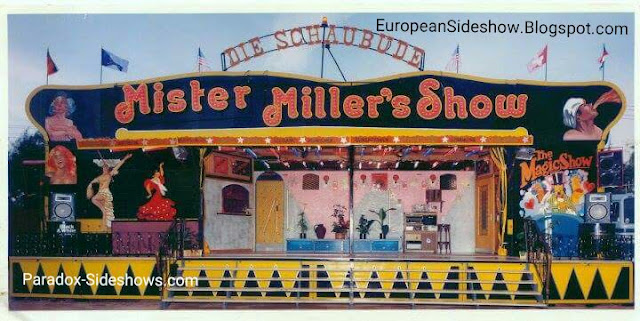 Information for this post was provided by Dominik Schmitz and John Duijns.

John Duijns' family owed the Studio 7 fairground show and has owed and operated various fairground shows and attractions over the years. He knew and Mister Miller from the European fairground circuit.

Dominik Schmitz runs Paradox Sideshows, one of the last fairground shows in Europe. He owns many Mister Miller artifacts and is the only person legal able to use the Mister Miller name for his shows. He provided the photographs and documents used in this post. You can see his website here: www.Paradox-Sideshows.com
_____________________________
*You may note I am not excessive judgmental, preferring to have an anthropological view of this, and knowing that you, the reader, can and will judge for yourself. In the future I will do a post on racial insensitivity in European popular entertainment.

If you have enjoyed this blog post, or any of my other writing, please put something into my virtual tip-jar below.